What we did to get over 300k completed surveys in two months, with no advertising 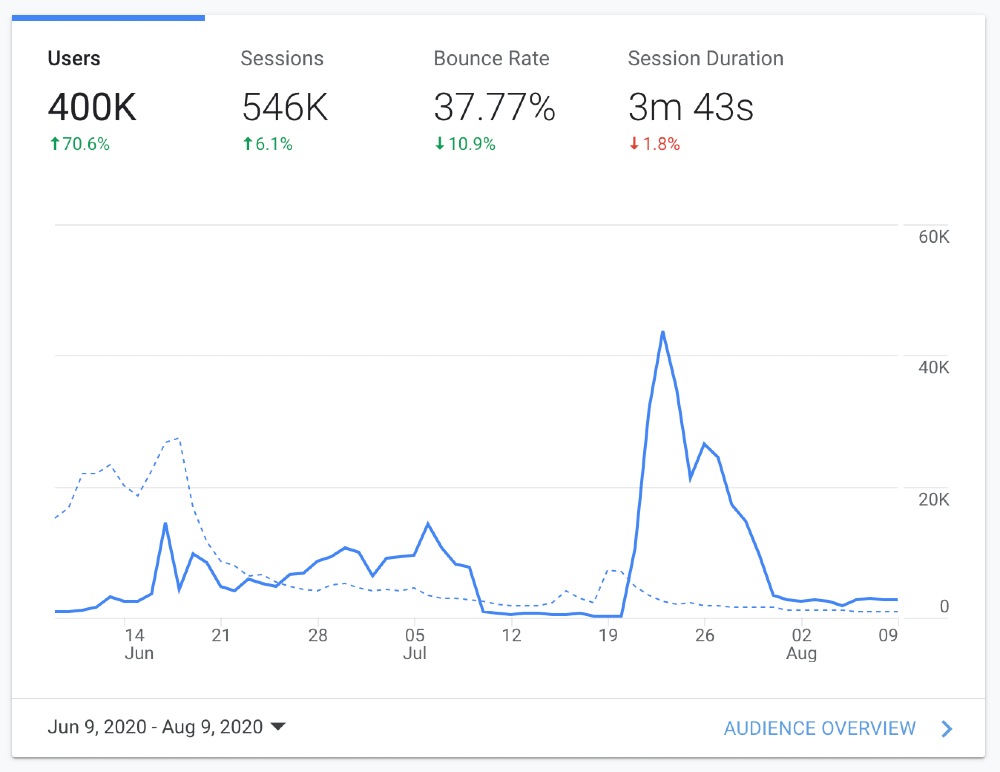 Are you a marketer, a startup owner or a researcher? Have you ever wondered how to reach thousands of potential customers without spending a single dime? Want them to have interactions of over 4 minutes long with your brand?

Our startup is quite young. This is actually our first blog post, but that hasn’t deterred us from reaching a lot of users in the past eighteen months. Over 1 million, to be precise. So how did we do it? Here we outline some of the lessons that we have learned, hoping that they can be useful for you too.

Last year around March, we were starting to get some traction with our data collection platform, collecting mostly in person and at events, and looking forward to scaling our national presence. Then one Sunday afternoon, it became clear that we weren’t going to the office the next day: the pandemic had begun. Suddenly, intercept surveys didn’t seem like a great idea, and the first week working from home felt like a cold shower. Not knowing what to do, we began drafting an idea in the form of a survey to somehow educate people about the COVID-19, and it looked like this: 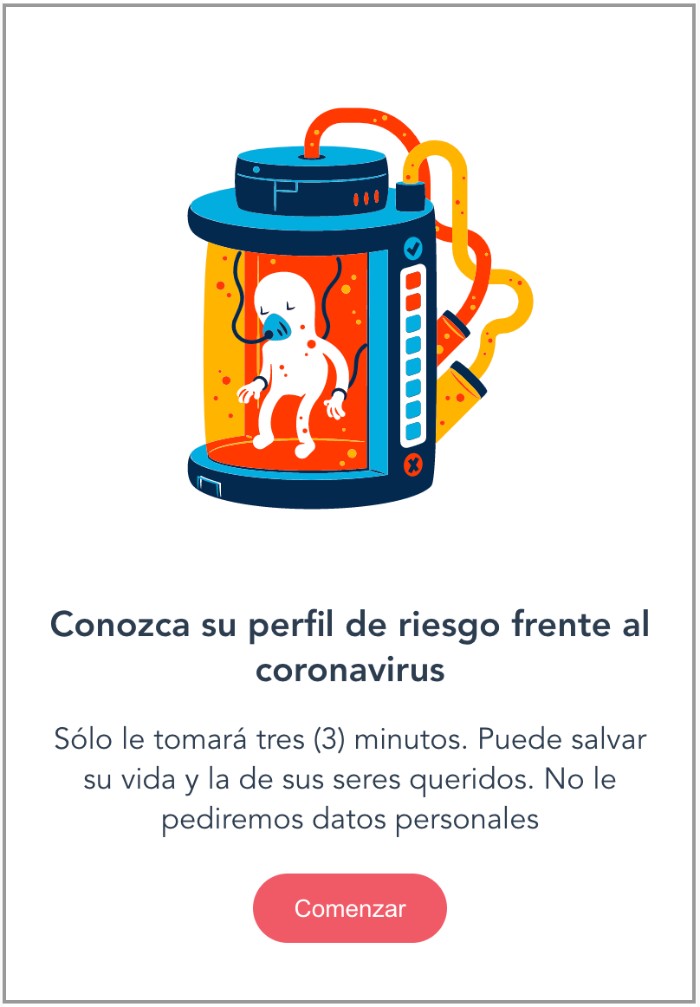 Our aim was just to educate the public about the risks and create awareness about the virus. Self-care ideas, embedded in our platform for fast data collection and a simple screen at the end with basic advice on what we all knew. We shared it on WhatsApp with our closest friends and two weeks later, we had collected over 100k surveys: it went viral. That was only the beginning, we had found our guiding star.

Surveys that are fun to respond

This seems like an oxymoron: aren’t surveys boring by design? Researchers want to know many things, sometimes complex stuff, and they comply, asking questions that are as complex as the variables they are trying to measure.

But users do not respond to complex questions, especially on the Internet. They love being in the automatic mode (mindlessly scrolling down on their Instagram feed), they don’t want complex, logical stuff, they just want simple challenges and want a reward at the end.

So we made a follow-up survey on a different but closely related topic: mental health during the lockdown.

People are stressed out

Over 300k users completed the second installment of the survey in Latin America. Also completely viral, we found that older people were having a better time than youngsters. People were oversleeping, overfeeding, and in general, not doing very well. Unsurprisingly, people who worked out were better overall, and also interestingly, people who were checking the news all the time fared worse. 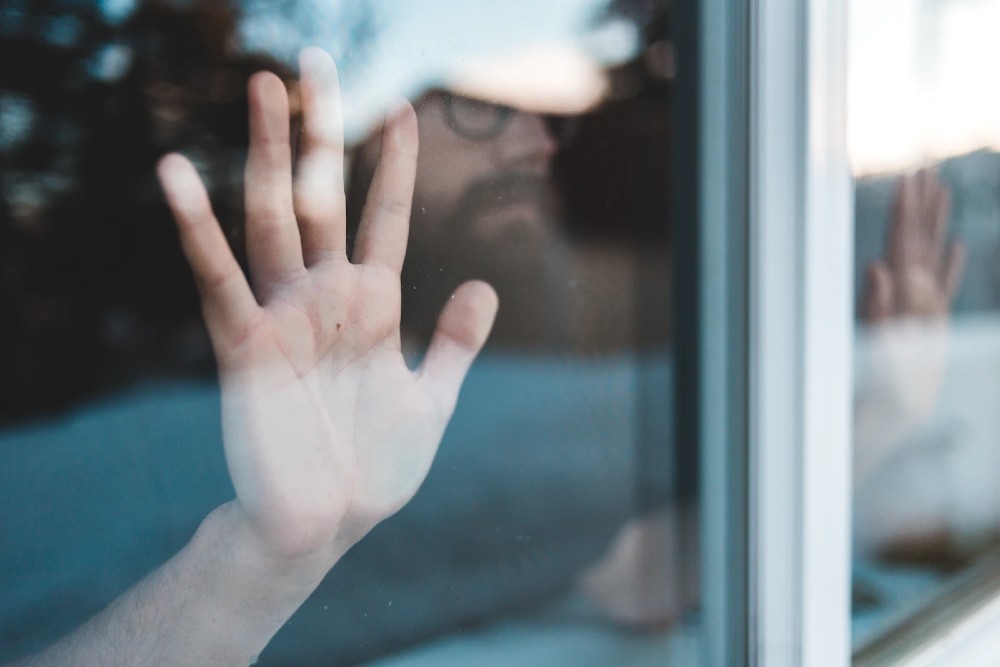 So what are the keys to reaching out to so many people with no ads?

Probably, just a little bit of luck and responding quickly to a global, authentic need. Others tried similar things but weren’t successful, so we could also boast that it was our extremely-good-looking platform, or that we know how to ask people in a way that they would love… Whatever the case, I will point out certain aspects that probably had a lot to do and that might eventually be useful for you as a startup owner or as a researcher looking for answers in these times of uncertainty:

Whatever we do, we have to stay relevant. It doesn’t matter if the product we are creating is a blog post, a survey, or an ad, it has to be appropriate to the current time and needs of the audience. It has to convey something, to talk to their emotions, to not be empty and self-promotional, to be authentic.

We gave them something. We gave them a score, a profile, something they could identify with. Heck, we even gave them an avatar and in doing so, we helped them understand themselves. They felt that it was valuable, that it was made for them, and they shared it with others.

The pandemic took us by surprise, and just as we experienced fear and uncertainty during those initial days, many people apparently felt the same. We had a genuine motive to move fast: to create awareness and mobilize people towards collective action, to express and understand our very own feelings during the lockdowns. We leveraged their fears and went live in a matter of days. It would have been a totally different outcome, had it been two weeks later.

What do you do when thousands of users interact with your platform? You capitalize. You create ways for them to reach you out, to use your service. We are still getting there —our first aim was to reach a wider audience and test our whole business proposition— but thanks to this small, timely, valuable effort, we have collected over 40 million data points in more than 30 countries, and are now expanding operations to different industries. We might have something for your industry, or we can just create it. Want to know more? Reach us out at hola@sensata.io.

Get to know our ready-to-go data collection system and get your research done in no time! 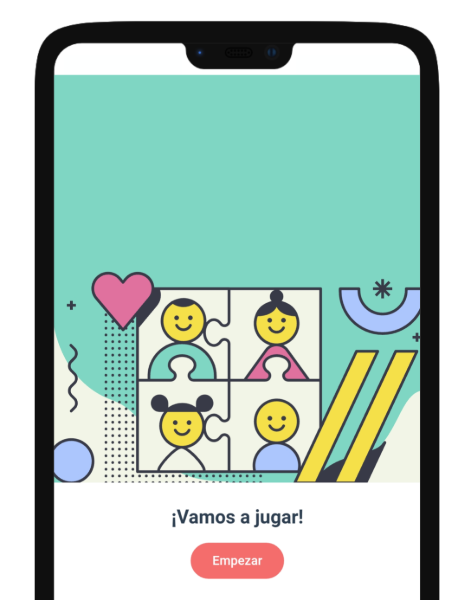 Sensata will engage from the youngest to the most experienced user. Get more insights and take strategic action using data

Unlock your potential with the Sensata Experience

Collect data everywhere in a way that users will love